So what are you doing these Durga Pujo holidays other than ‘pandal hopping’ in Kolkata? If you want to do something out of the ordinary, then it’s best to visit a multicultural hub there. 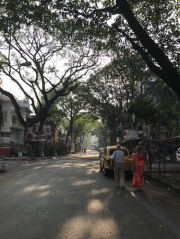 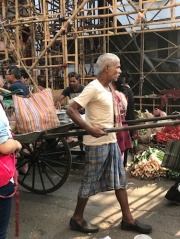 One lovely Sunday morning, we set out for Tiretti Bazaar in Kolkata. It is held from 5 am everyday, except Mondays, at Sun Yat Sen Street near Lalbazar police station, easy to locate on Google. This is where the nearly 2000 Chinese in Kolkata are linked to; where some of them have been setting up their food stalls since decades. 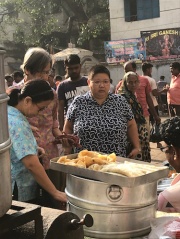 Yes, you read right – there are Chinese in India and they settled here nearly 250 years ago though they came for trade since much earlier. The most famous Chinese known to us are Fa – Hien and Xuanzang or Hiuen Tsang who visited India as Buddhist scholars and wrote extensive travelogues in the 5th and 7th centuries.

The Chinese earlier traded in India in gold thread, silk, porcelain cups, saucers, jars and lamps but the main object of trade with the Portuguese and then the British was Opium. We find their earliest references in the 1820 published “A Maritime Record” where it is mentioned “that there were Chinese in Kolkata (earlier Calcutta) from Fujian (Fukien) and Guangdong (Canton) provinces (both coastal areas)”.

According to http://en.banglapedia.org/index.php?title=Chinese,_The: The Silk Street in Calicut (Kozhikod), Chinakatta (Chinese market) in Quilon, and some words like Cheenabharani (Chinese jars), Cheenachetti (Chinese cooking pot), Cheena or Chinu (large boats), etc and the Chinese porcelains, are the only vestiges of Chinese presence in India. Presently, there are about 500 Chinese in Mumbai.

Returning to the Chinese in Kolkata story we have to then travel to Achipur, the place of the first Chinese settlement in Bengal. The town gets its name from Tong Achi who set up a sugar mill and a sugarcane plantation to run it. A small temple was created by him and recently the Kolkata Chinese have donated nearly 50 lakh rupees for its restoration. The grave of Achi Saheb, as he was referred to, sits stands near the Hoogly river – the humble remains of a man who is responsible for this loving community to add its flavor to India. I’m yet to visit it though!

Due to the Opium Wars and then the two World Wars there was a wave of Chinese in Kolkata but a lot of them left after the 1962 Indo – China War. In the last century, they have been primarily involved in setting up and running tanneries, the manufacture of the best leather items especially shoes and bags, owning some of the best hairstyling salons, and as expert dentists at Kolkata. They have also had immense importance in boat building activities here.

If you have no idea what ‘authentic’ Chinese food tastes like but would like to explore then gorge on the inexpensive delicacies of dumplings and sui mais, fishball soups, pork sausages, sesame seed sweet balls and the list goes on. All freshly made for you – this is every food connoisseur’s heaven!!! 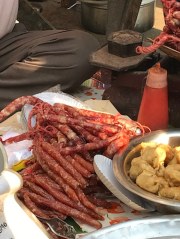 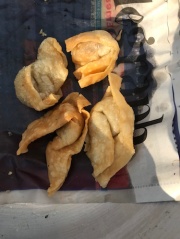 Today, everything from fresh flowers and fish are sold here. If you are still hungry (really!!!) then there is the extremely popular Bengali ‘luchi – aloo chenchki’ (puri – aloo sabji or deep fried flour bread and potato gravy) cooked nearby. Of course, I could not stop wondering how Bengali or Indian this Chinese cuisine is now – that’s how multicultural our identity is; we assimilate every flavor and taste within us.

The Chinese temples and some old houses nearby are an additional treat! They help you visualise a world and lives of people that existed many years ago. Sadly, the temples are in a dilapidated condition but they are worthy of peeking in. 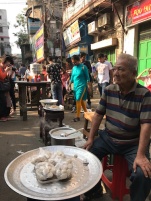 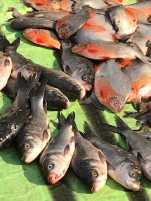 Also visit the Tangra restaurants in the evenings where you will get soul satisfying meals of the food made by the local Chinese where they make everything from the noodles and the sauces themselves. 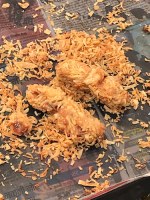 All photos here are by the author. More photos and lots of videos on the VarnikaDesigns social media profile.

One thought on “Tiretti Bazaar: Chinese hub in Kolkata”